It was a very rare night last night: Toronto was covered in a fog like I haven't seen in years, the type where visibility is reduced to (literally) about 15 feet, where you can inhale the water particles while wondering "where did the city go?!".. ..moments of clarity as the skyscrapers block it out would result in one street being a strange misty glow while the one right next to it crisp and clear. Destined to be special.

It was on such a magical night that I ventured out to see one of the greatest DJ/producer/songwriter talent combinations on this planet: DJ Shadow and his "Shadowsphere" tour.

Getting in to the venue revealed part of the Shadowsphere: big screen at the back of the stage and a larger-than-man-sized sphere in the middle with (iPad controlled?) projectors off to either side.

The name of the opening act eludes me, was two pretty fine ladies that MC'd and sang over a bunch of dope DJ Nu-Mark (J5) beats and some old school thrown in for flavour (anything from Tribe pretty much gets the respect of the original hip hop massive :)). It was a healthy contrast to what was coming up and fit pretty well..

..after announcing Shadow we were "treated" to a longer-than-healthy pause while the shows set up was calibrated (seriously: do your checks well in advance people!) but it finally started off with a boooooom as we were introduced to the capability of the Shadowsphere; definitely a way to raise the bar for DJ shows ----

Throughout the set that sphere was used to great effect: virtual chainsaws cutting through it, then it's the Death Star, then the ever-changing iris then it's a cue ball going 'round the pool table, inside shot, planet earth, etc etc. Intensely visual. Sometimes DJ Shadow would rotate it to reveal himself and all his kit inside the thing while the visuals were on the periphery.

Musically it was, of course, almost impossible to define. Known for his immense record collection you're always in for a treat from this digger. His skills were impeccable, it could have been a recording if we didn't see what he was doing with our own eyes. The tunes varied from old classics to new, undefined, unnamed pieces that spanned the range from samples of scratchy sounds from decades passed through to a DnB flavoured Six Days, tastes of dub, hip hop and even a dip in to a contemporary techno treatment resulted in a special audio/visual treat..

At times it was trip hop epitomized and really great to be a part of. If he's making a stop near you (NYC next!) then catch it if you're in to the artist/genre, he's top of his game!

..if you don't know anything about DJ Shadow: it's a hard introduction to make given so many vectors of approach, give "Entroducing" a try -- listen to the whole album to get a taste. Warning: If you haven't heard stuff like it before you might become addicted! It almost never gets boring!
Top

Also, some photographers far, far better than I could ever be snapped some of these from last night 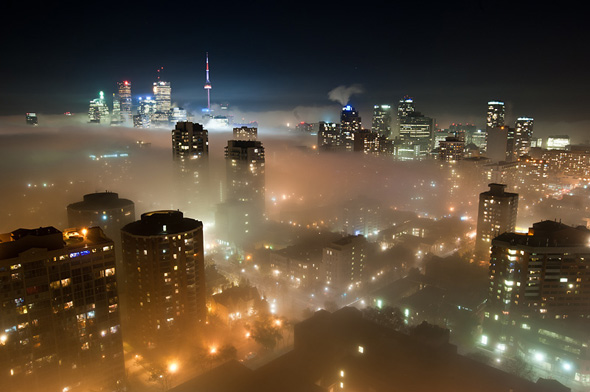 Sphere thing looked good in the dark. Thought the music was trash though - urgh!
Top

Crystal wrote:Sphere thing looked good in the dark. Thought the music was trash though - urgh!

It was nice knowing you Crystal

Thing is with DJ Shadow or anyone that creates audio landscapes: if you don't like something they're playing it'll be totally different in 2-4 minutes anyway. This is why I find it extremely listenable; often if you're listening to an artist and you don't like it -- you're boned because the rest is largely the same. Listening to an hour of DJ Shadow will take you in to so many places that it's next to impossible not to like one of them.

Of course if you don't like beats that fall in to "Hip Hop" category then there's probably only about ~25% of his stuff that you'll like which means he and/or a large chunk of music just isn't to your taste.

(and no, I don't think Deadmau5 fits in to the discussion unless we're talking about images on spheres [in which case, he just got pwnt]. He simply doesn't have the skill or broadness that Shadow has -- no biggie of course because very, very few people do. -- as to type of music, well, it's subjective so there isn't much point in comparing)
Top

dox wrote:(and no, I don't think Deadmau5 fits in to the discussion unless we're talking about images on spheres [in which case, he just got pwnt]. He simply doesn't have the skill or broadness that Shadow has -- no biggie of course because very, very few people do. -- as to type of music, well, it's subjective so there isn't much point in comparing)

Try reaching out to Cut Chemist as well, you will find goodness within!!
Top

I will promise to give the guy a chance and listen more but to me anything hip-hop is just awful. Bleh. Meh. Awful.


Deadmau5 is awesome ent and you know it
Top

Well, it's not actually awful but clearly you don't/won't like it -- don't suffer then and move along, there's plenty of different synthesized beats that'll cater to your taste!
Top

Think I found a new DJ to get into. Certainly beats half the stuff posted in the "New Music Thread."

It's a shame he's coming TOMORROW to NYC and I didn't have more notice!

Heads up -- he's coming around again to Toronto April 1st, anyone coming with me? :)
Top

Would be awesome to attend. I'm planning a road trip that weekend, but Toronto's not anywhere near where we're headed :(

Does look like he's hitting Maryland right before that though, I may have to venture down, just to check him out!
Last edited by Vengeance on Thu Mar 08, 2012 12:25 pm, edited 1 time in total.

dox wrote:Heads up -- he's coming around again to Toronto April 1st, anyone coming with me? :)


i think u should fly down to San Antonio may 24 and go to the Rammstein concert with me.